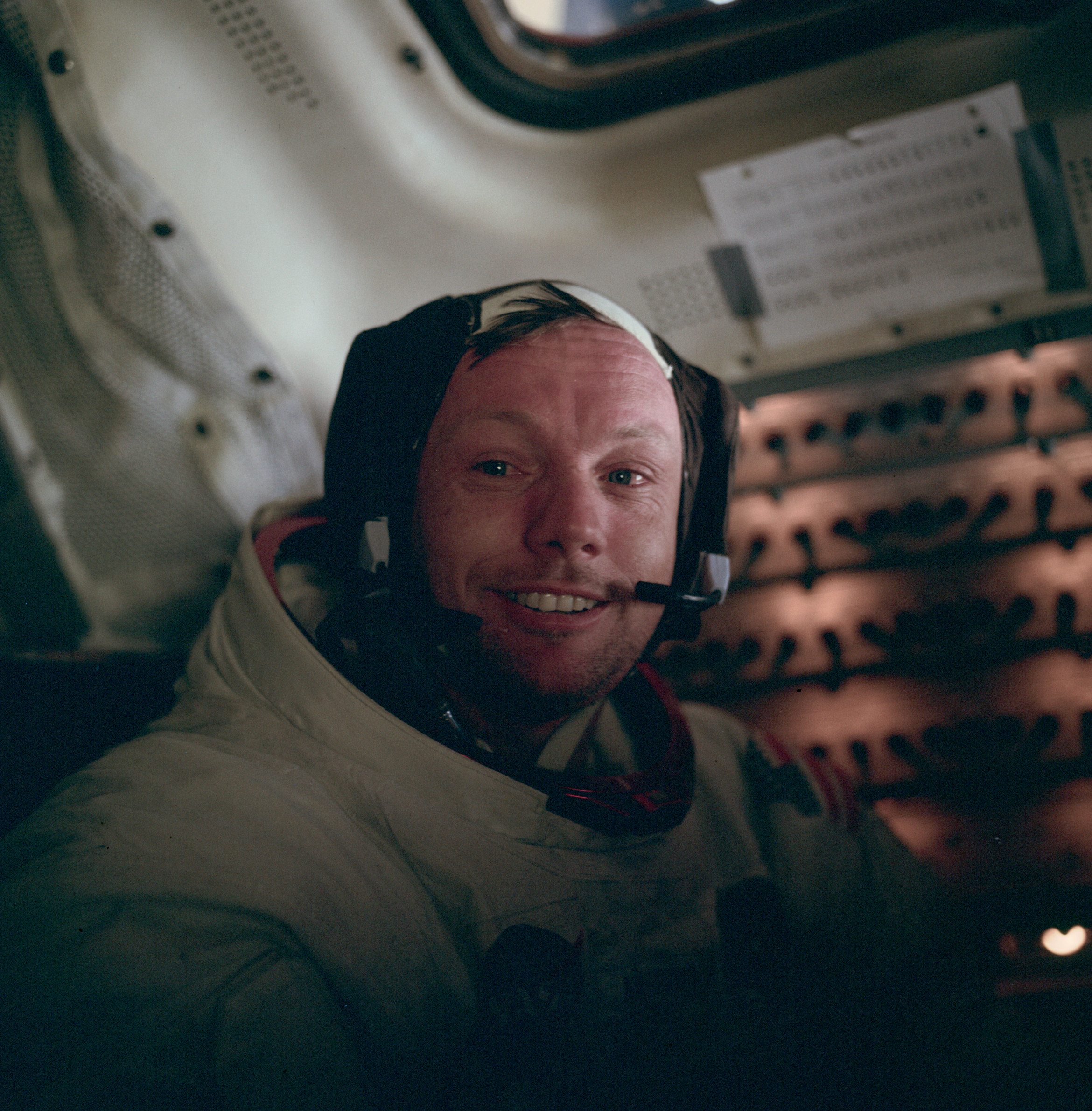 For those who may ask what they can do to honor Neil, we have a simple request. Honor his example of service, accomplishment and modesty, and the next time you walk outside on a clear night and see the moon smiling down at you, think of Neil Armstrong and give him a wink.

Today Neil Armstrong, the first man on the moon passed away at 82.. What kid didn’t want to be an astronaut as a kid? I know I did…

I came across this link tonight of
restored footage of Neil Armstrong’s first steps on the lunar surface during the Apollo 11 mission in July 1969.. And while I’ve watched it before, I found myself watching again tonight with my daughter.

Also, the photo above, was taken by Buzz Aldrin in the cabin of Apollo 11 after they landed on the moon, so it seemed a fitting pic to show