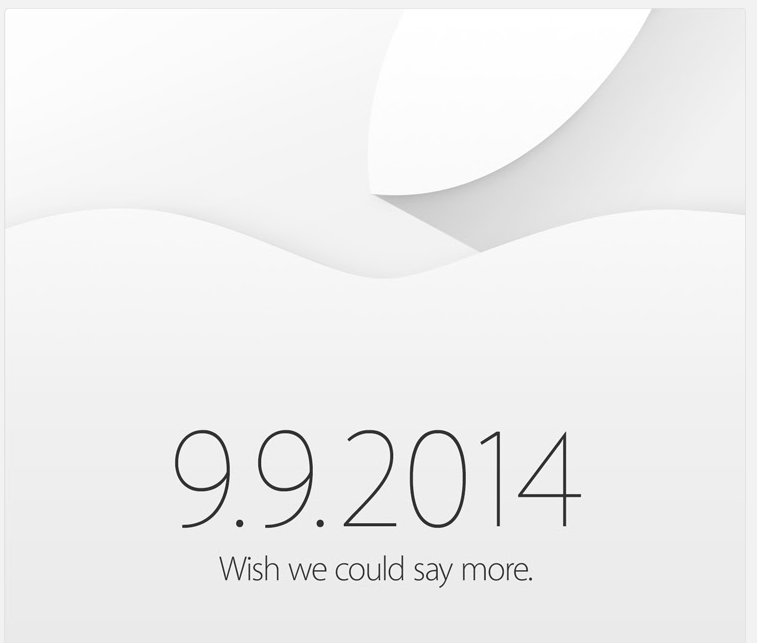 Well this is cryptic. Apple has confirmed that it’s holding an event in Cupertino on September 9th, complete with a typically confusing-but-also-probably-revealing tagline: “wish we could say more.”

We’re expecting at least one new iPhone, potentially an iWatch, updates on iOS and OS X, and maybe even more at the event. It’s all been teased for months, and we’ll know for sure what Apple has in store on the morning of September 9th. Don’t miss it.