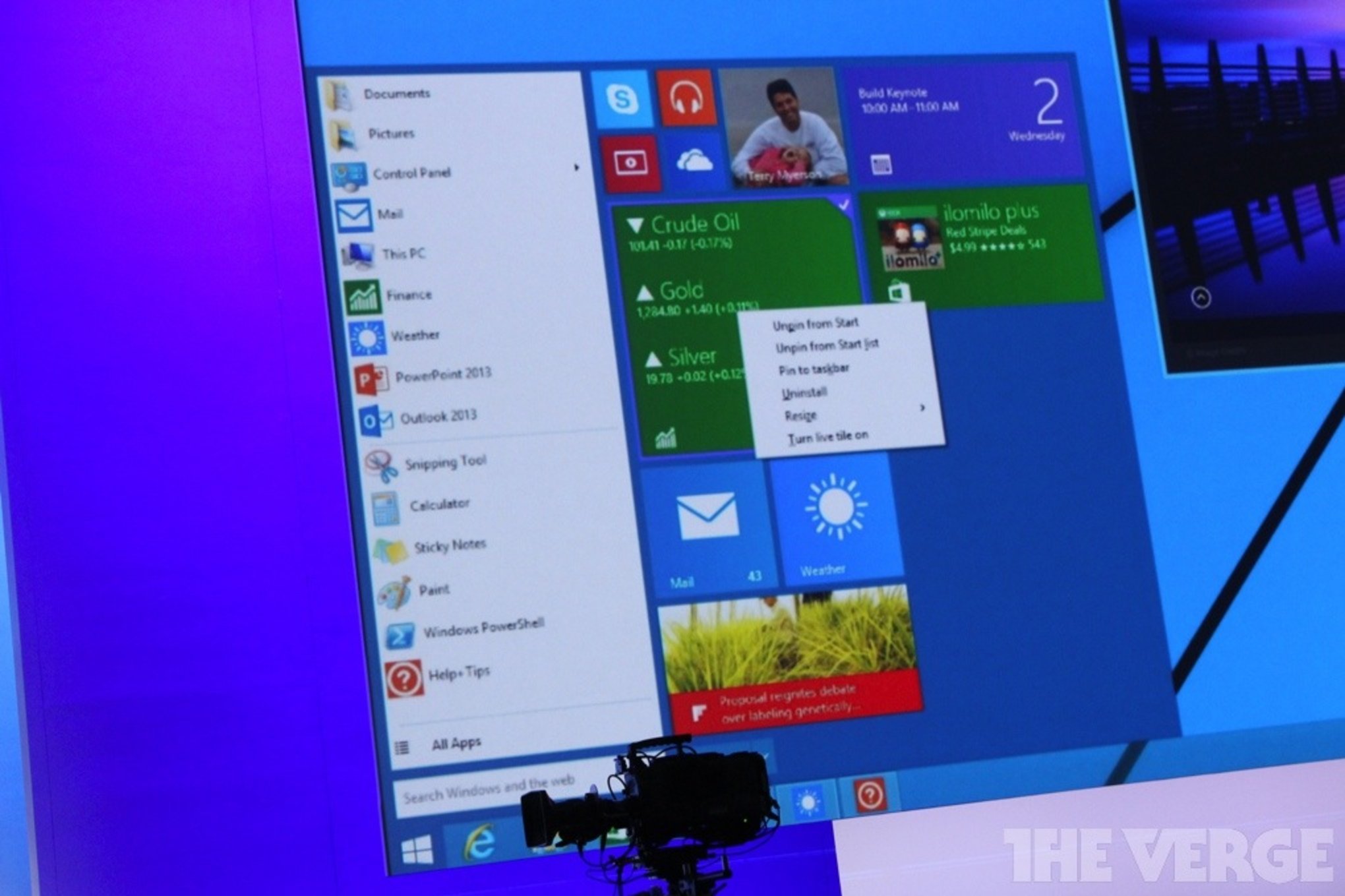 Millions asked for it, and Microsoft is providing it: the old Start Menu is coming back. Kind of. At its Build conference today, Microsoft announced a new Start Menu that looks like a hybrid of the best of Windows 7 and Windows 8. It’s around the same size as the Windows 7 menu, but also features miniature Live Tiles along one side.

In the same demonstration, Microsoft also showed a new mode that allows modern Windows 8 apps to run in the desktop environment inside their own windows. It’s a return to Windows’ roots for Microsoft, and will make a lot of keyboard and mouse users very happy. If any of these ideas sound familiar to you, that might be because they bear more than a passing resemblance to a concept by a graphic designer that The Vergehighlighted late last year. The new desktop won’t replace the current  Windows environment entirely — the full-screen Start Menu and apps will still be around for those who want them.

A major Windows 8.1 update is coming later this month, but neither of the new features will make it into that refresh. They’re likely to be a major selling point for the next version of Windows, thought to be called Windows 9.