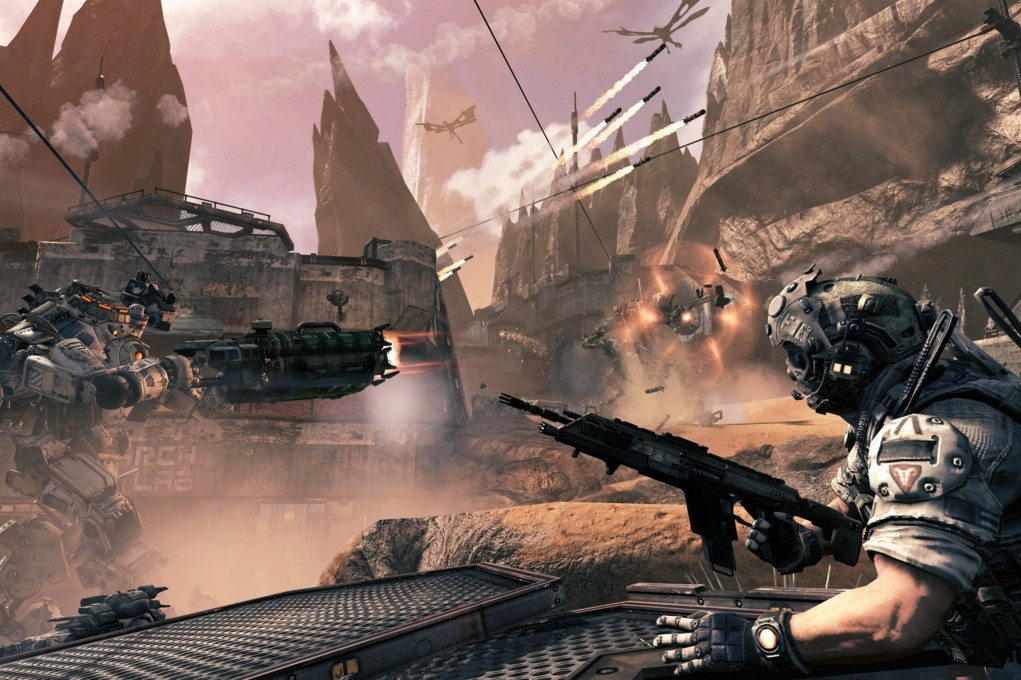 Andrew Webster, writing for The Verge:

I punched a giant robot and pulled a wriggling human being out of its chest. Then I tossed the soldier aside, stomped on a few of his buddies, and fired a barrage of rockets at some snipers hiding on top of a building. And I’m not even very good at this game.

Titanfall represents a lot of firsts. It’s the first major exclusive for the Xbox One, Microsoft’s next-generation console (it’s also available on PC and, in a lesser capacity, the Xbox 360). It’s the first game from Respawn Entertainment, a new studio formed by the creative brains behind the biggest shooter franchise around, Call of Duty. It’s the first blockbuster console shooter to forgo a single-player campaign altogether, instead focusing entirely on competitive multiplayer action that requires an internet connection. These are all big things, but what makes Titanfall so special is a different, more personal first: it’s the first multiplayer shooter to make me feel constantly like an absolute badass.

Titanfall is a pretty fun game… Definitely worth the wait.