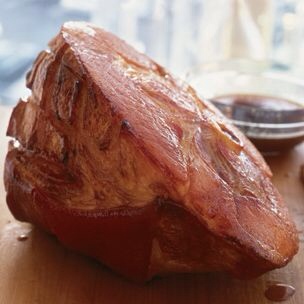 It’s the holidays, and each year, we vary between a turkey or a ham, and this year, we are cooking my orange-braised ham at the request of my five year old…

A ham glistening with spicy orange glaze makes a deceptively dramatic dish, especially considering how simple it is to prepare.

How to make it