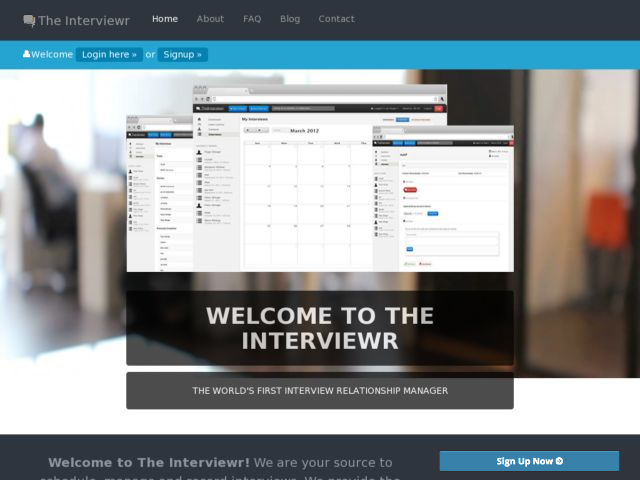 I’m in the middle of adding a bunch of new features to TheInterviewr right now, and as part of that, I decided to redo the home page of the site.

I made the change in two ways..

First, I moved from the previously static site the home page was using to instead being hosted on WordPress, then I launched the new design for the home page, that I’d been working on for a month, and pushed it live.

Also, moving the site to WordPress meant bringing the blog back from Tumblr

Why the new design?

It’s been a year since TheInterviewr launched, and we’re shortly launching a few new services, including transcriptions, so I wanted the site to reflect the start of a new year if you will.

There’s still a little work to be done, but I like where it is so far.

The rest of the site remains powered by my custom php framework as always (KayFish), and that won’t be changing.

Since launching last year, TheInterviewr has enjoyed steady growth as the world’s first Interview Relationship Manager and the new features will help it to grow even more.

I’m looking forward to what the future has in store for The Interviewr, it’s been an exciting year and it only promises to get more exciting.